Unwrapping: Review of THE SATYR'S CURSE by Alexandrea Weis 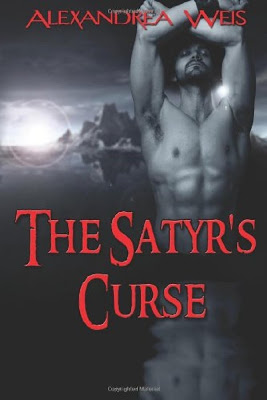 Alexandrea Weis never ceases to amaze me. Just when I think I know what kind of writer she is, she goes in a completely different direction. I love it. This is exactly what she did with THE SATYR’S CURSE and as usual, I’m so glad she did.

***eCopy provided by author in exchange for an honest and unscripted review.

Blurb for THE SATYR’S CURSE:

But Jazzmyn Livaudais is too busy running her restaurant to pay attention to the sensational headlines. And when the charismatic Julian Devereau enters Jazzmyn’s life, she becomes even more distracted by the handsome stranger.

Seduced by Julian’s charm, Jazzmyn is swept up in a passionate romance. Then she learns the horrific truth about Julian and the murders. Cursed to an unending life where no woman can satisfy his lust and no wine can quench his thirst, Julian needs Jazzmyn’s love to free him from his torment.

But Jazzmyn is in love with someone else. And Julian isn’t very happy about it.

He vows to keep on killing until Jazzmyn submits to his will.

For Jazzmyn Livaudais the nightmare is just beginning.

No one can ever break The Satyr’s Curse.

Jazzmyn Livaudais has her hands full with running a restaurant and keeping her employees out of trouble, especially her chef, Kyle Baker. She and Kyle have a past that she’d rather have left there but Kyle won’t let it go, especially now that the intriguing and handsome stranger, Julian Devereau has made it a habit to spend his evenings at the bar drinking fine wine and admiring Jazzmyn.

Julian has a secret that will change Jazzmyn’s life forever, if she survives it. Kyle isn’t willing to relinquish Jazzmyn to the dark stranger who he cannot trust and refuses to like. Each man works to seduce Jazzmyn and get her to bend to his will, but Jazzmyn is her own woman. When she begins to look for answers in Julian’s past, it’s Kyle she turns to with the truth. Faced with a decision that may keep her from the man she truly loves but will save some lives, Jazzmyn does what she needs to do and hopes for the best.

THE SATYR’S CURSE by Alexandrea Weis is amazing, thrilling, creepy, and spellbinding. This story has so many levels, so many twists and turns, that I couldn’t put it down. Just when you think things are going well and in one direction, wham! - Alexandrea takes us in a completely different direction. In THE SATYR’S CURSE, Alexandrea journeys us into the world of New Orleans’ mystery and voodoo. We look to its past and its present, while her writing engages us in a love story that, at first, you’ll find yourself eager to experience, but then slowly dreading and becoming fearful. Then another shift and you're cheering as the real love is recognized and fulfilled, and finally praying that good can overcome evil as danger threatens to destroy it all. THE SATYR’S CURSE is a paranormal romance sensation woven into the modern world of New Orleans with curses, murders, and an inexplicable attraction for a man that even we succumb to - until we learn the truth.

I highly recommend THE SATYR’S CURSE by Alexandrea Weis to anyone who has a penchant for paranormal, mythology, magic, history, and undeniably thrilling romance with a heavy dose of creepy. This suspenseful romance will have you cheering for the underdog and wishing to drive a stake through the heart of the competition.

I recently finished The Satyr's Curse and really enjoyed it. Immediately went to the author's website to find out about the next book in the series!

Karen, I hope you'll check out many more of Alexandrea's fabulous books. She's fast becoming one of my automatic reads. : )

Amy, I've also read Diary of a One Night Stand and The Secret Brokers and loved them as well. I've added her other books to my wish list. 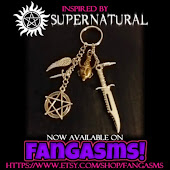 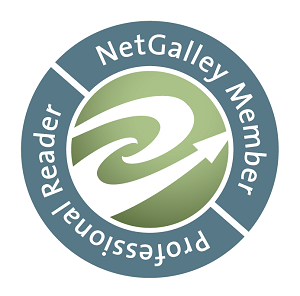 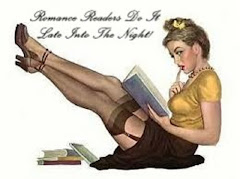